San Marcos is fortunate to have many neighborhoods rich in historic value and citizens committed to retaining the City's heritage. In total, there are 7 locally designated historic districts. The Downtown District was listed on the National Register of Historic Places in 1993. The districts contain a variety of Victorian, Classical Revival and Craftsman architecture as well as many homes constructed in the 1940s following World War II.

The historic designation does not change the zoning of the property and has no effect on permitted land uses.

Local designation of a historic district encourages the appreciation and preservation of the physical evidence of our past. All structures in a local historic district, as well as structures designated as local landmarks, are placed under the review of the Historic Preservation Commission (HPC). The Commission consists of seven citizens appointed by the City Council to serve three-year staggered terms. 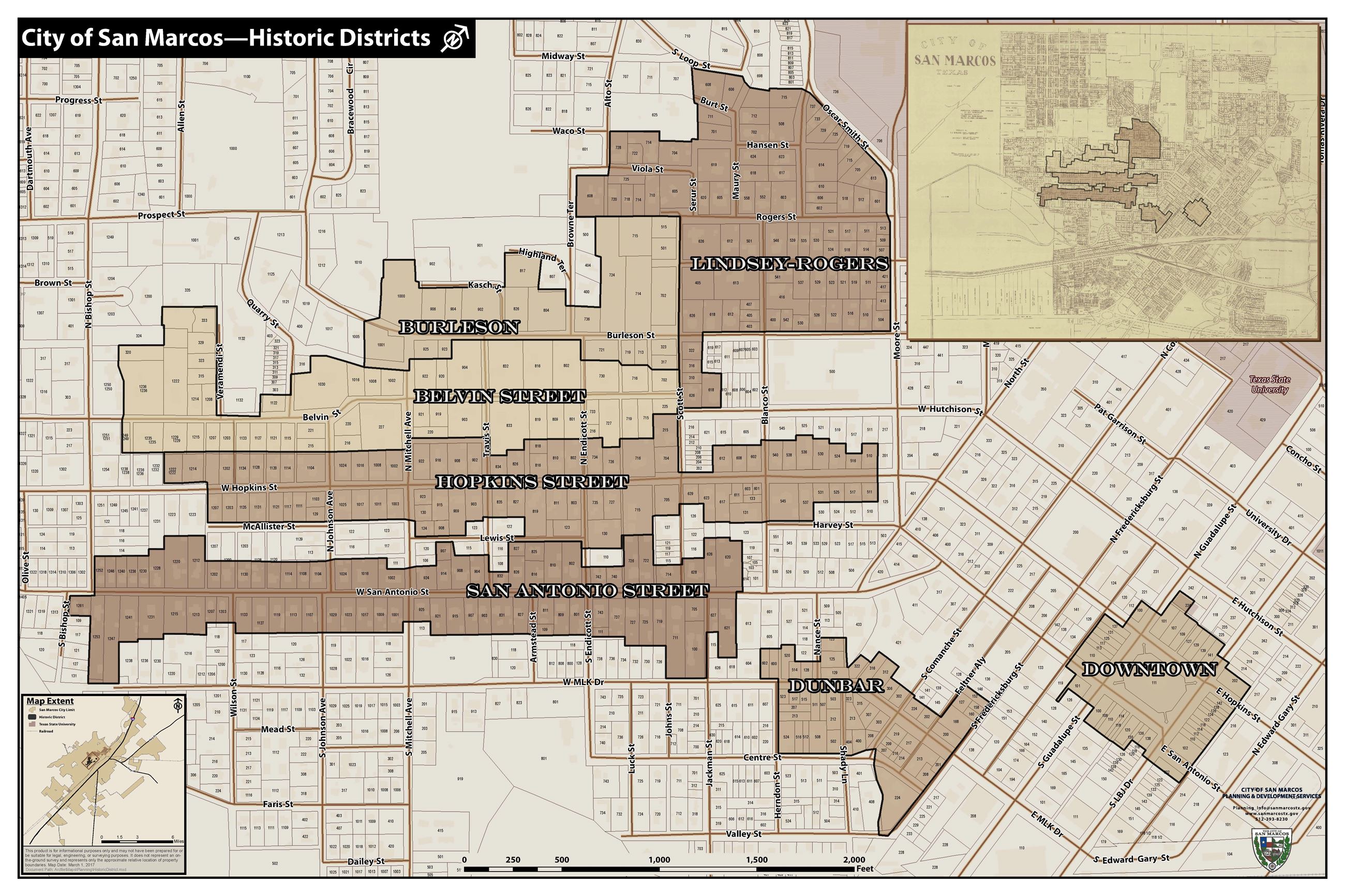