Bert is very active within various professional organizations and was elected to the Texas Municipal League Intergovernmental Risk Pool for a six-year term beginning October 1, 2018. He also served as the Mountain Plains Vice President for the International City/County Management Association from 2015 to 2018, on the Board of Directors of the Texas City Management Association from 2010 to 2014, and was President 2012 to 2013. Bert has also participated on numerous ICMA and TCMA committees throughout his career in city government. He is a member of the International Hispanic Network and numerous community and civic organizations.

Bert has a bachelor’s degree in political science, with a concentration in public administration, and a minor in geography and urban planning from Southwest Texas State University.

Bert is married to his wife of 34 years, Elvia, a former Elementary teacher and lifelong educator. They have three children and four grandchildren.

The City Manager’s office is responsible for the administration of the City of San Marcos organization including implementing the annual budget, City policies, and City Council programs. Administrative staff provides assistance to elected officials, City departments and the community while serving as a liaison to citizens, businesses, other agencies, and economic development prospects. 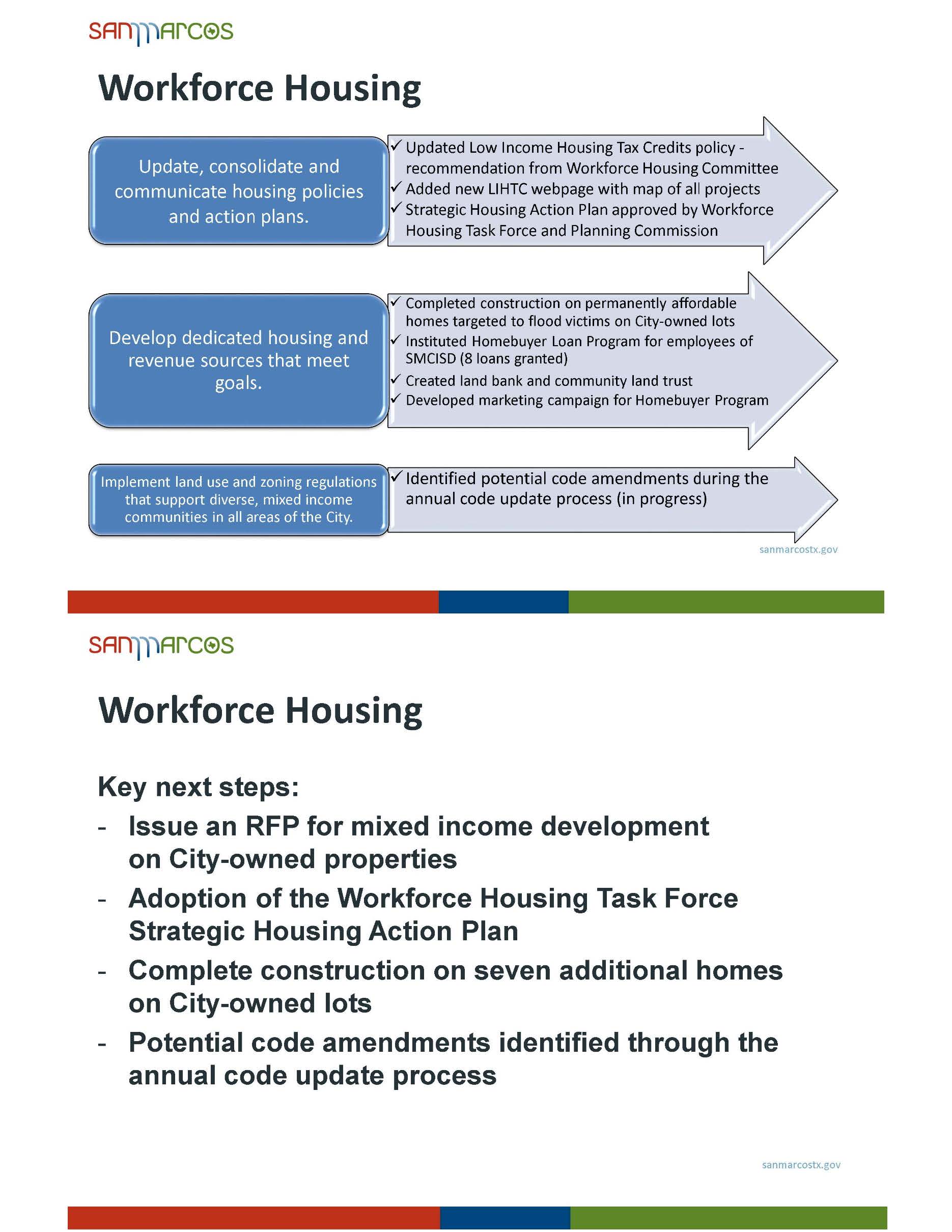 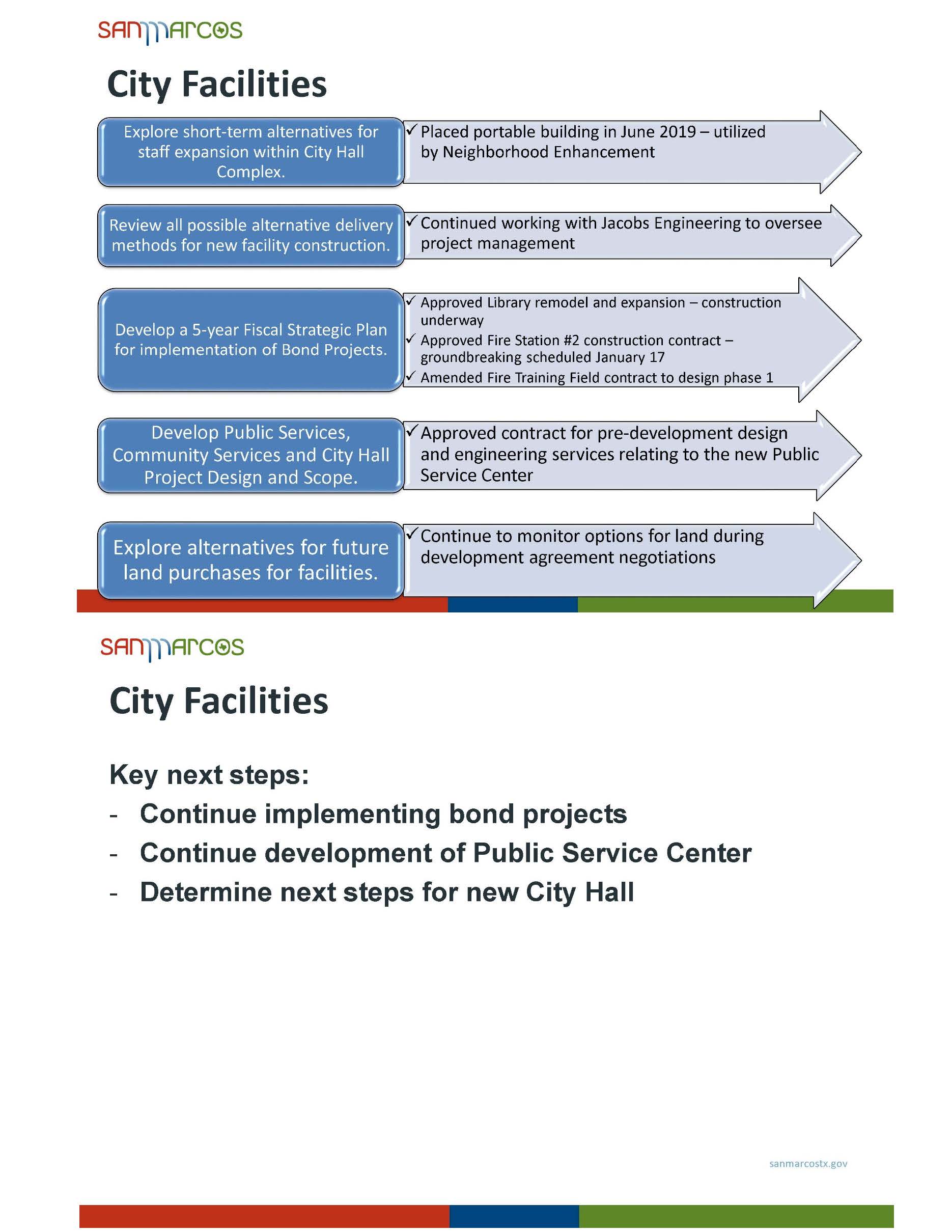 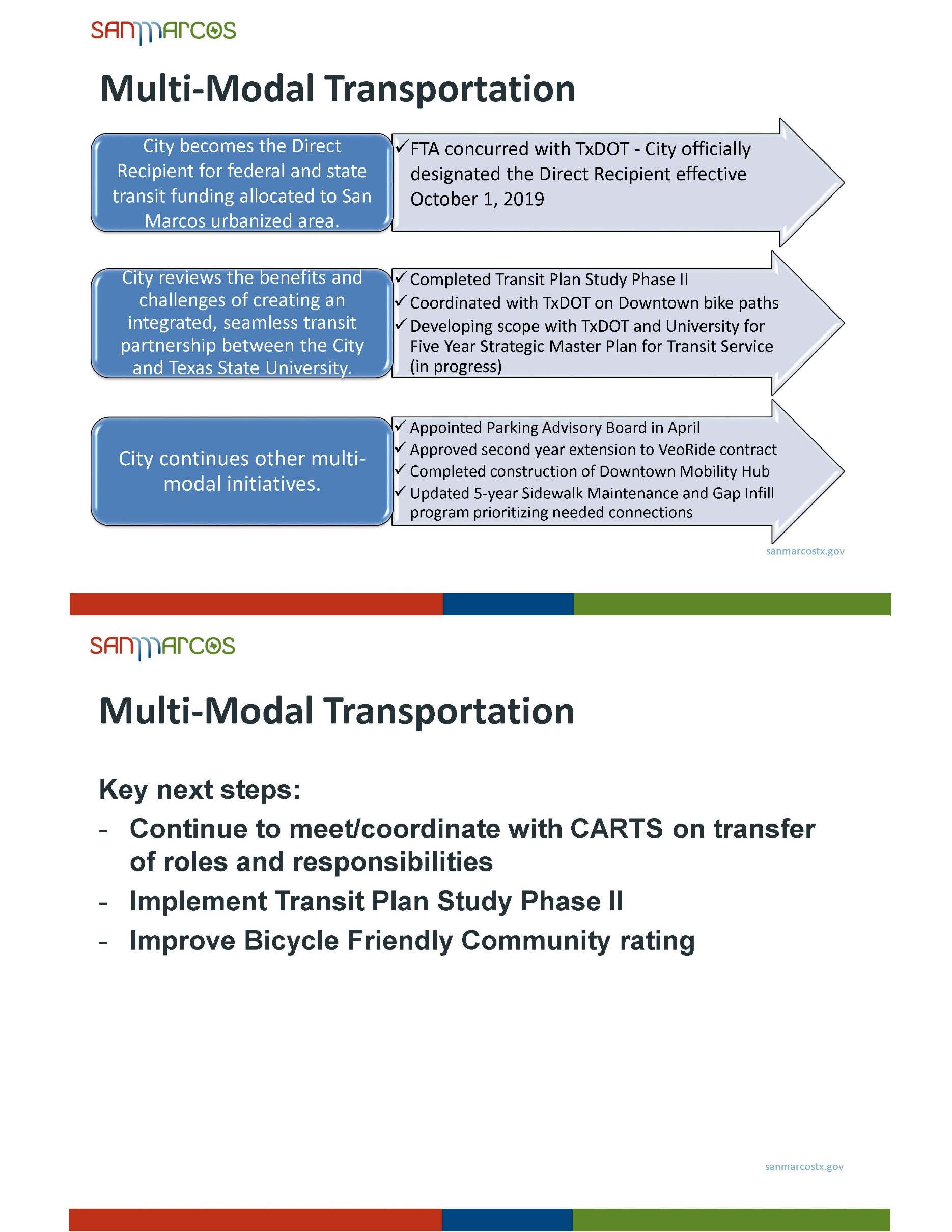 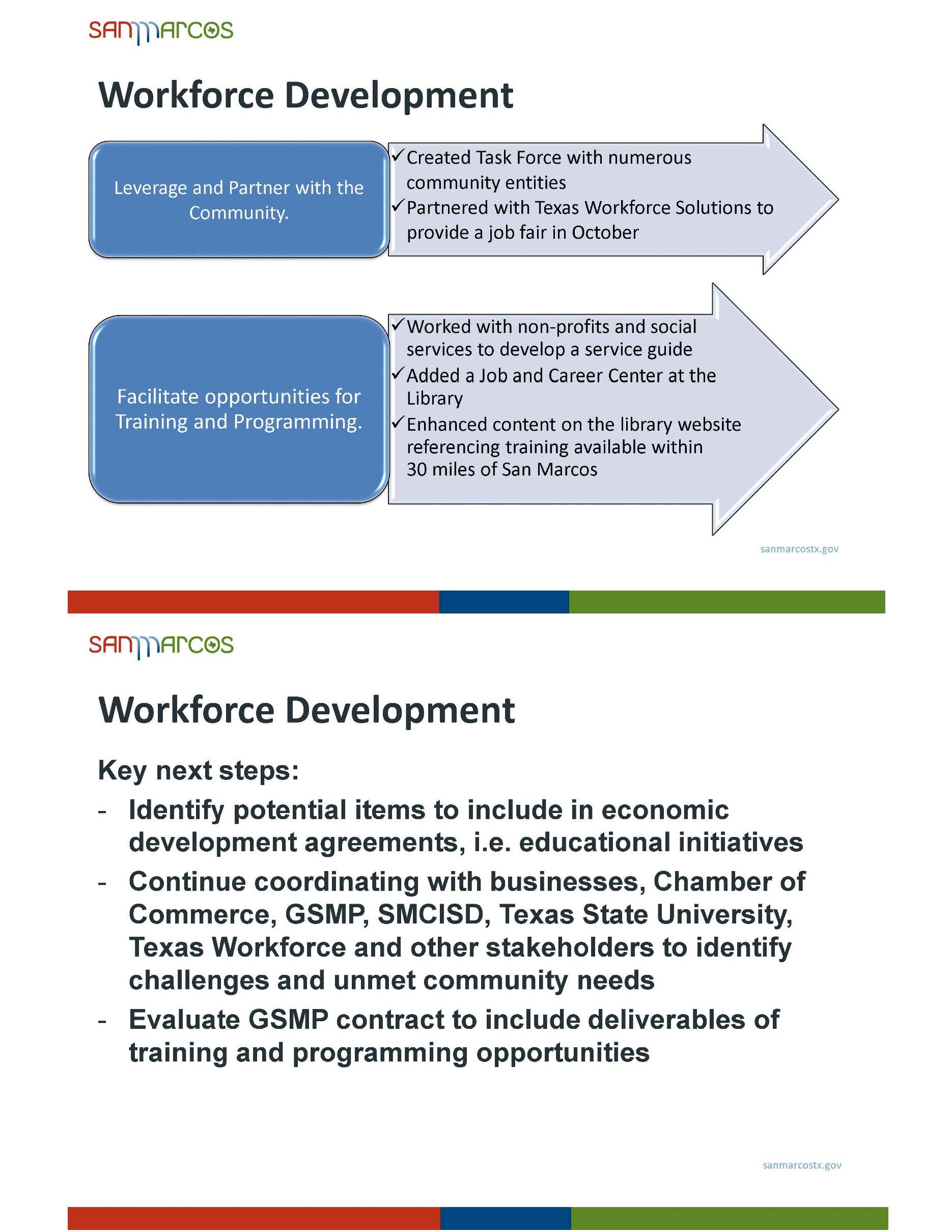 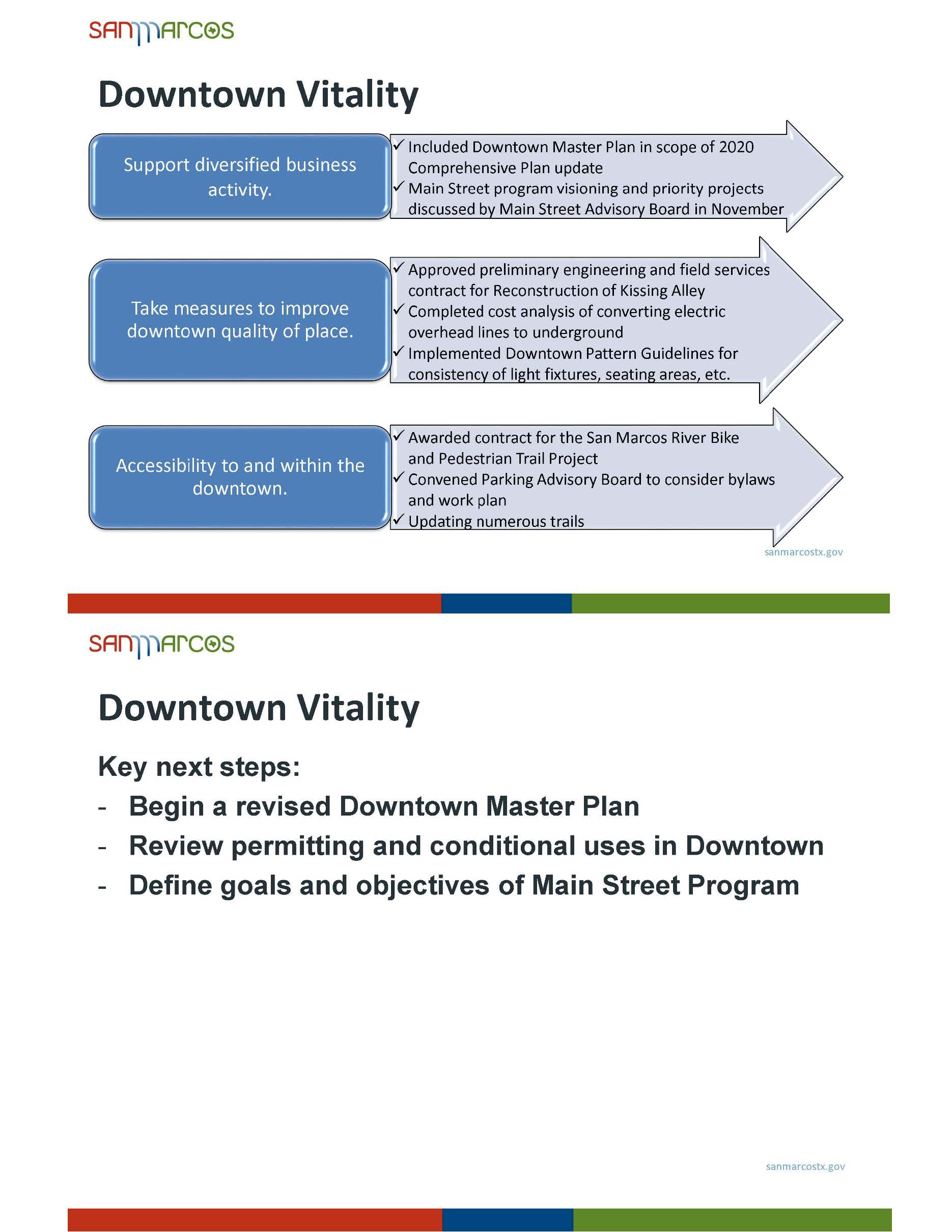 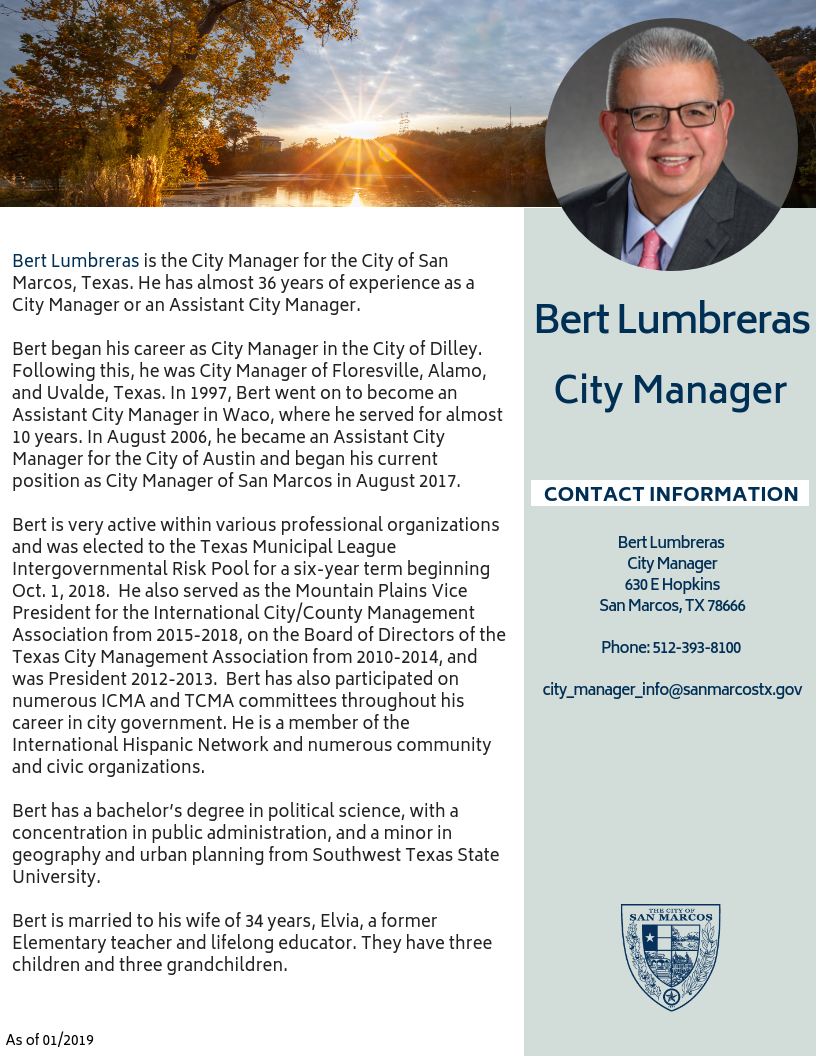