The San Marcos Police Department (SMPD) is asking the public for financial donations for this year’s SMPD Blue Santa Program, which will undergo a major transformation this year due to COVID-19 restrictions.

Each year, SMPD collects donations and coordinates volunteers in order to present toys to over 350 families, which includes between 1,000 and 1,500 children, in the San Marcos area for the holidays. Additionally, SMPD also assists gift-giving efforts for organizations including the Court Appointed Special Advocates (CASA), the Texas Department of State Health Services, Texas Family and Child Protective Services, the Children’s and Women’s Shelters, Centro Cultural Center kids program and the Southside Community Center. The SMPD Blue Santa Program is the largest holiday toy giveaway in San Marcos each year.

“With the onset of COVID-19, we expect that providing gifts for children will be a greater challenge for many more families this year,” said Laray Taylor, SMPD Corporal and the organizer of the SMPD Blue Santa Program. “We hope our community sees this as a way to come together during the Christmas season, even if it’s at a distance, to show that every child in San Marcos deserves a visit from Santa.”

Unlike previous years, toy donations cannot be accepted, but the public can still help by making a socially distant financial contribution. Donations will be accepted through PayPal, or check, which can be made out to San Marcos CPAAA Blue Santa and mailed to:

All donated funds will be used to purchase toys. 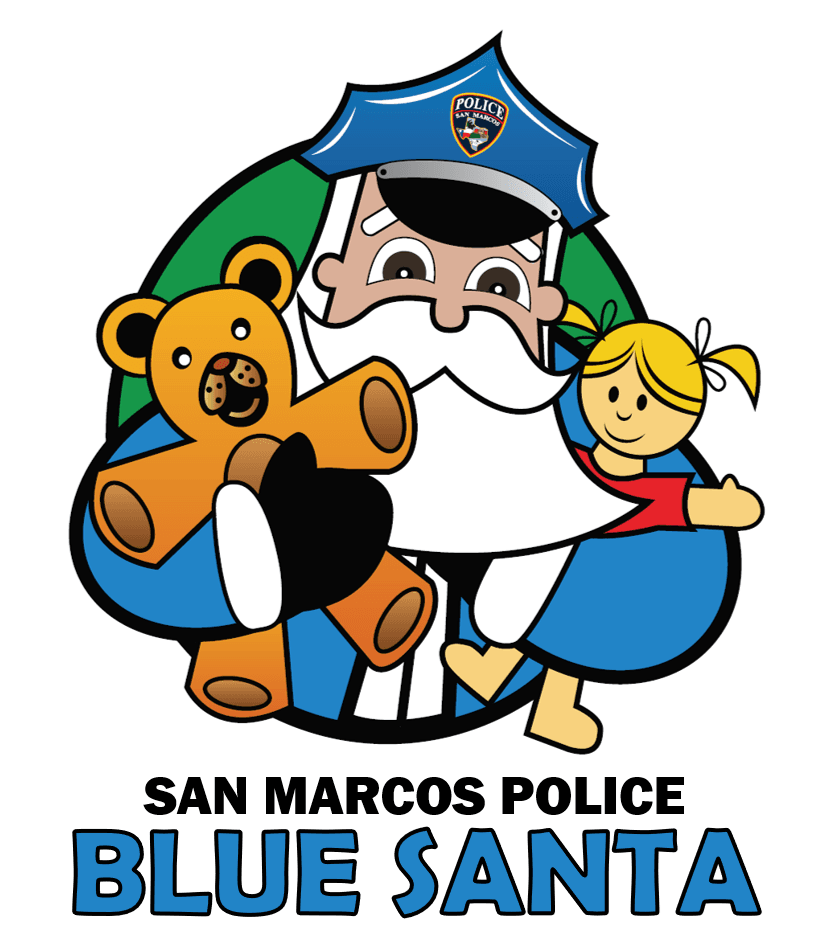