In early 2020, the City of San Marcos began a recruitment campaign to find a new San Marcos Police Department Chief following the promotion of Chase Stapp to Director of Public Safety.

The City of San Marcos has selected five candidates to interview in its Chief of Police recruitment process. Ralph Andersen & Associates is assisting the City with the search which resulted in an applicant pool of 92 candidates from across the United States.

The following finalists were chosen to participate in the interview process: 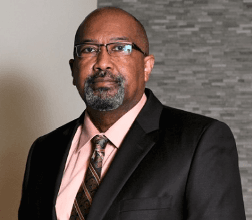 Chief Robert Brown was appointed Chief of Police for the City of Duncanville, Texas on February 5th, 2007. Robert began his law enforcement career in Waco, Texas as a police cadet in June of 1982. Robert served as a Field Training Officer in Waco and joined the University Park Police Department in 1994. He worked in many capacities and he advanced through the ranks very quickly; becoming the first African American sergeant, lieutenant, and captain in the history of the University Park Police Department. Robert earned a Bachelor of Business Administration Degree from Northwood University and he holds a Master of Business Administration Degree in Management from Amberton University. Robert is a graduate of the 38th Management College from the Institute for Law Enforcement Administration (ILEA) in Plano, Texas. He is also a graduate of the prestigious FBI National Academy, Session #216, in Quantico, Virginia. He holds a Master Peace Officer certification from the Texas Commission on Law Enforcement (TCOLE). 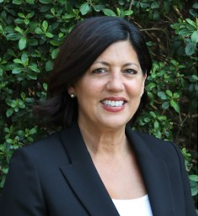 Chief Adele Fresé is currently the Chief of Police in Salinas, California. Chief Fresé leads a department of over 230 law enforcement and support personnel, with an annual budget of $52 million.  Fresé began her public service career in 1985 by serving in the United States Marine Corps. In 1994, she joined the Corpus Christi Police Department as a patrol officer and rose through the ranks to field training officer, sergeant, and lieutenant. She worked and provided positive leadership to police personnel in a wide variety of assignments in Patrol, Crime Prevention, Special Operations, Narcotic Investigations, and Support Services. Fresé earned a Bachelor of Science degree in Criminal Justice Administration from California State University at Hayward, and a minor degree in Sociology in 1992. She earned a Master of Science in Public Safety, completed the Senior Executives in State and Local Government at the Harvard Kennedy School, and PERF’s Senior Management Institute for Police. Fresé is a Texas Certified Public Manager. 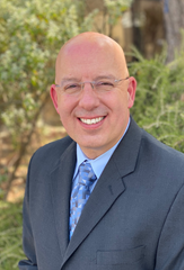 Chief Bob Klett has spent 31 years serving the citizens of San Marcos, Texas at the San Marcos Police Department where he currently holds the title of Interim Police Chief. Chief Klett began his public service career in 1986 in a volunteer capacity for Gillespie County EMS and South Hays County Volunteer Fire Department. During his tenure at these agencies, he worked in various positions including Police Officer in the Southwest Texas State University Police Department. In 1989, he began his career at the San Marcos Police Department as a Police Officer, while simultaneously serving as reserve firefighter to the San Marcos Fire Department. He was promoted to Police Corporal in 1995, Police Sergeant in 1999, Police Commander in 2010, and Assistant Police Chief in 2014. He has held lifesaving roles in the San Marcos Aquatic Recovery Team, the Civil Air Patrol, and has worked as an educator for local public safety academies. In his role as Interim Chief, he has led SMPD in police reform and partnered with the San Marcos Criminal Justice Committee. Klett is a graduate of the International Association of Police Chief’s Leadership in Police Organizations program and holds a Bachelor of Arts Degree in Applied Arts from Texas State University. He is a member of the Texas Police Chiefs Association, the International Association of Chiefs of Police, the Hays County Criminal Justice Association, the Hays County Criminal Justice Coordinating Commission, the CAPCOG Criminal Justice Advisory Committee, and holds a Master Peace Officer certification from the Texas Commission on Law Enforcement (TCOLE). 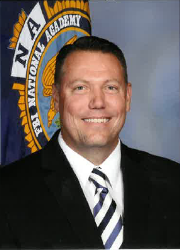 Deputy Chief Brad McKeone has over 20 years of law enforcement experience with the Coral Springs Police Department and is currently the Deputy Chief of Operations.  Early in his career, Brad served as a Field Training Officer, a Detective in the Vice, Intelligence and Narcotics Unit and task force officer with the Drug Enforcement Administration, Fort Lauderdale District Office.  After his promotion to Sergeant in 2009, Brad supervised areas within the Patrol Division and Traffic Unit. In 2014, he was promoted to Lieutenant and served as a platoon commander on patrol.  After being promoted to Captain, Brad supervised the Community Services and Operational Support components. He was promoted to Deputy Chief of Police in March of 2018; overseeing the Operations Division which consists of Operational Support (Patrol and Traffic units), Criminal Investigations and the Special Operations divisions. He has received multiple awards for Exceptional Police Initiative, Team Citations and was Officer of the Year in 2008. Deputy Chief McKeone graduated from Florida Atlantic University with a Bachelor of Arts Degree in Criminal Justice and Columbia Southern University with a Master’s in Criminal Justice Administration. Deputy Chief McKeone is a graduate of the Southern Police Institute (SPI) Command Officers Development Course, session 75, and the FBI National Academy (FBINA) Program held in Quantico, Virginia, session 276.

Chief Stan Standridge has served more than 25 years with the Abilene Police Department, the last eleven of which as the Chief of Police and has extensive experience in 21st century policing.   Stan currently serves as the President of the Texas Police Chiefs Association (TPCA), an organization which seeks to promote the professional practice of law enforcement and encourages and advocates for the highest standards of ethical conduct among today’s peace officers.  Stan has a Master of Public Administration degree from Sam Houston State University and is a graduate of the FBI National Academy.  He graduated LEMIT’s Leadership Command College in 2009 and the FBI’s Law Enforcement Executive Development (LEADS) program in 2018.  Stan is the recipient of numerous awards, including 20 Under 40 Business Leader, Executive Leadership Award, I-CAN Hero, and the TPCA’s Innovation Award.  He has chaired the State’s Officer Safety Committee and worked with his team to create VINCIBLE--a statewide program that works to reduce police officer line of duty deaths and injuries in Texas–which is used by more than 1,500 police agencies, including the San Marcos Police Department.

The City of San Marcos engaged Ralph Andersen & Associates to perform an executive recruitment for the position of Chief of Police on March 5, 2020.

The recruitment opened on June 16, 2020. Ralph Andersen & Associates advertised the position nationally, with a focus in Texas, and directed its efforts toward reaching a diverse group of candidates that aligned with the candidate profile. Outreach and recruiting efforts followed the same strategy and the recruitment yielded a strong result with 92 candidates expressing interest by the closing date of July 27, 2020.

Starting in mid to late-September, candidates will be interviewed by five interview panels consisting of: