5 average based on 1 vote

The Pauline Espinosa Community Hall is available to rent year round. The over 3,000-square-foot area is great for parties, receptions, family reunions, and church gatherings. The facility also comes equipped with restrooms, catering kitchen (refrigerator, microwave, sink area) chairs, and rectangular tables. Max capacity is 150 with tables and chairs and 200 auditorium style.

Pauline Gonzales Espinosa was born in Roma, Texas on September 6, 1902, to Washington Gonzales and Joaquina Cadena Gonzales. Pauline was married to Jose Espinosa on July 17, 1924, at St John’s Catholic Church, in San Marcos, Texas. Jose and Pauline had one daughter, Frances Espinosa (Moreno). Pauline passed away on February 20, 1974, at the age of 71. She and her husband Jose, are interred at San Marcos City Cemetery.

Pauline and Jose Espinosa opened their first business in the late 1930s. The business was a produce shop located at the corner of Guadalupe Street and Comal Street (now named Martin Luther King Blvd.) in San Marcos, Texas. Eventually, a larger store was built at the site and named Pauline’s Grocery. Pauline ran the daily operations of the store that served a large portion of the community, especially the Mexican American community. She was known to offer credit to families and donated generously to the community in need and for community events.

Pauline Espinosa was well known in the larger business community. One of her friends was Hays County Sheriff Jack Gary, who often requested guidance and assistance regarding arrested individuals from the Mexican American community. He relied on Pauline’s knowledge of this community and respected her assessments on bond requests. It was not unusual for Pauline to assist Mexican American community members with releases from jail by placing her property as collateral on the bond.

Pauline and Jose Espinosa’s home was built on Hopkins Street where the current Grant Harris, Jr. Building that houses the San Marcos Parks and Recreation Department is located. Their home overlooked City Park and the Rec Hall facility that is being re-named. When Urban Renewal bought out the properties from City Park, and south of the San Marcos River to Cheatham Street and Guadalupe Street, to make way for Rio Vista Park, the Espinosa’s had their home moved to a lot across town. Their daughter, Frances, currently resides in her parents’ original home, located at 800 Bishop Street.

Pauline Espinosa is an unsung heroine. Not only did she provide produce and food items for the community in need, she also provided credit to many individuals so they could feed their families. She provided jobs for several people and purchased produce from local farms. She was a trailblazer at a time when few Mexican American women were business owners. Pauline Espinosa is deserving of recognition as a business and community leader of San Marcos, Texas. 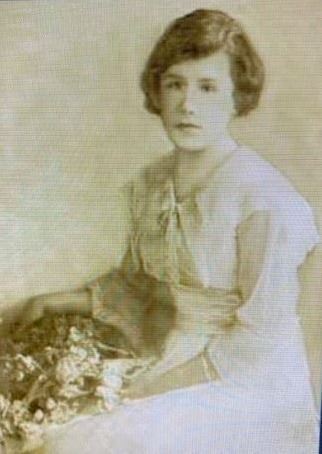