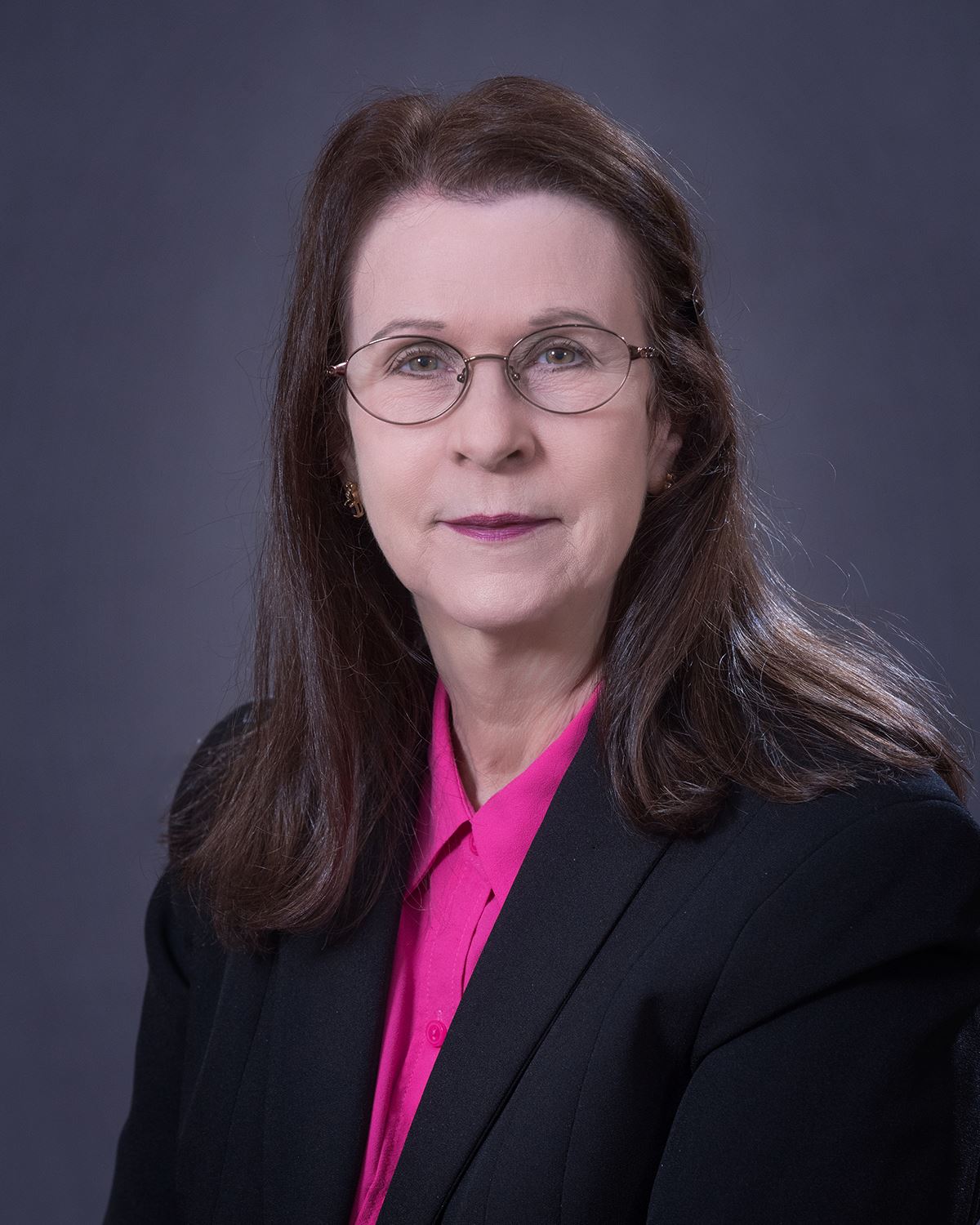 She also serves as Vice Chair of the Alliance Regional Water Authority and is a member of the boards of the Hays Central Appraisal District and the Greater San Marcos Partnership.

She has served as president of the Heritage Association of San Marcos, Leadership San Marcos, the Hays County Area Food Bank, and the Friends of the San Marcos Cemetery. Other organizations of which she is a member are: League of Women Voters, Women’s Political Caucus, San Marcos Chamber of Commerce, and the San Marcos Water Initiative.

She was appointed by the Texas Legislature to the first Edwards Aquifer Authority board where she served as chair of the administrative committee.

In addition, she is a graduate of the San Marcos Citizens Police and Fire Academies. She also personally sponsors a youth baseball team each year, the Red Sox, in memory of her father, Tex Hughson. 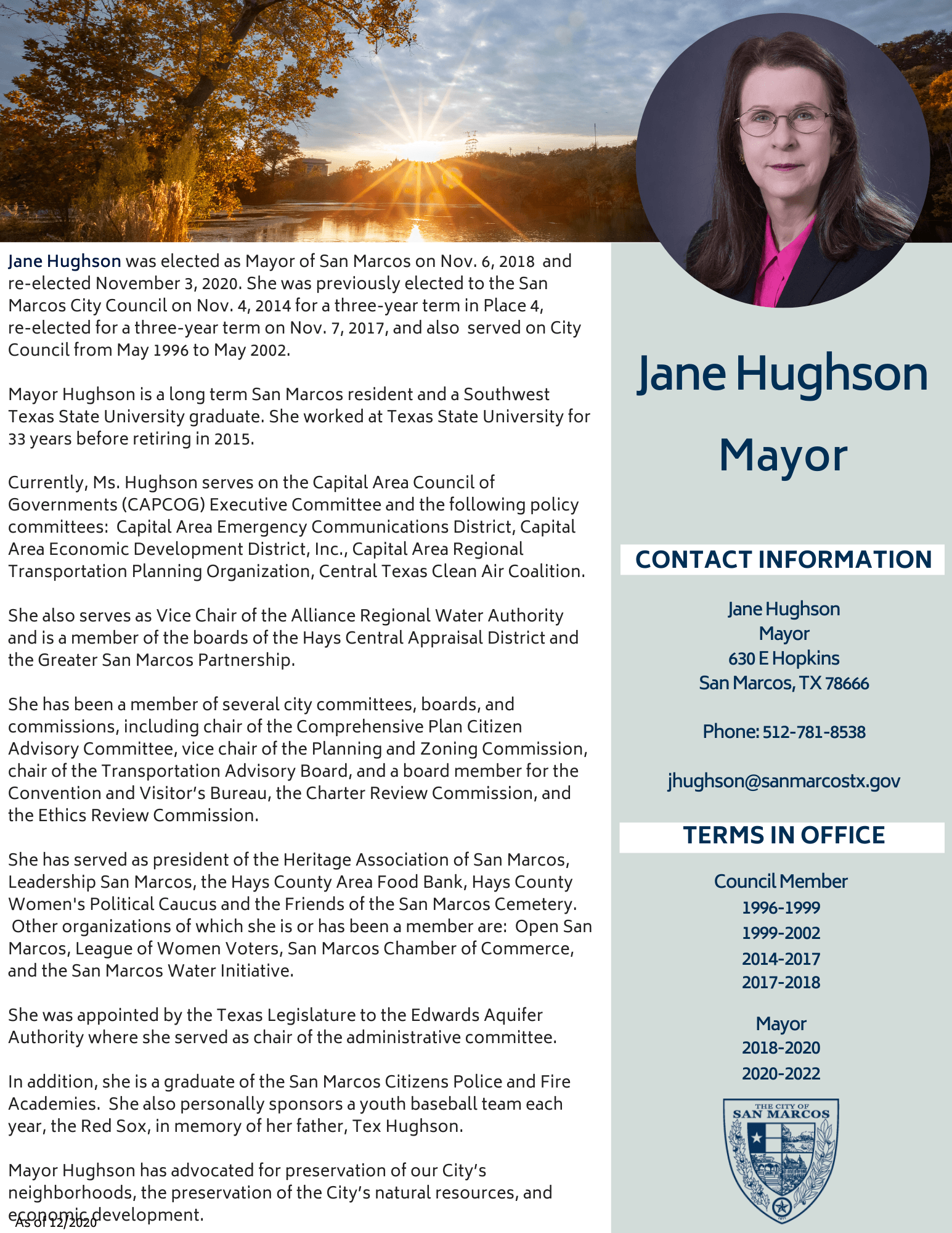