As directed by the City Council, the City of San Marcos participates in state and federal legislative processes by monitoring and advocating for or against policies to support, safeguard, protect and enhance the interests of residents and businesses.

The Intergovernmental Relations Program is guided by the core values found in the City Charter's Statement of Goals and the Comprehensive Plan Vision Statements. 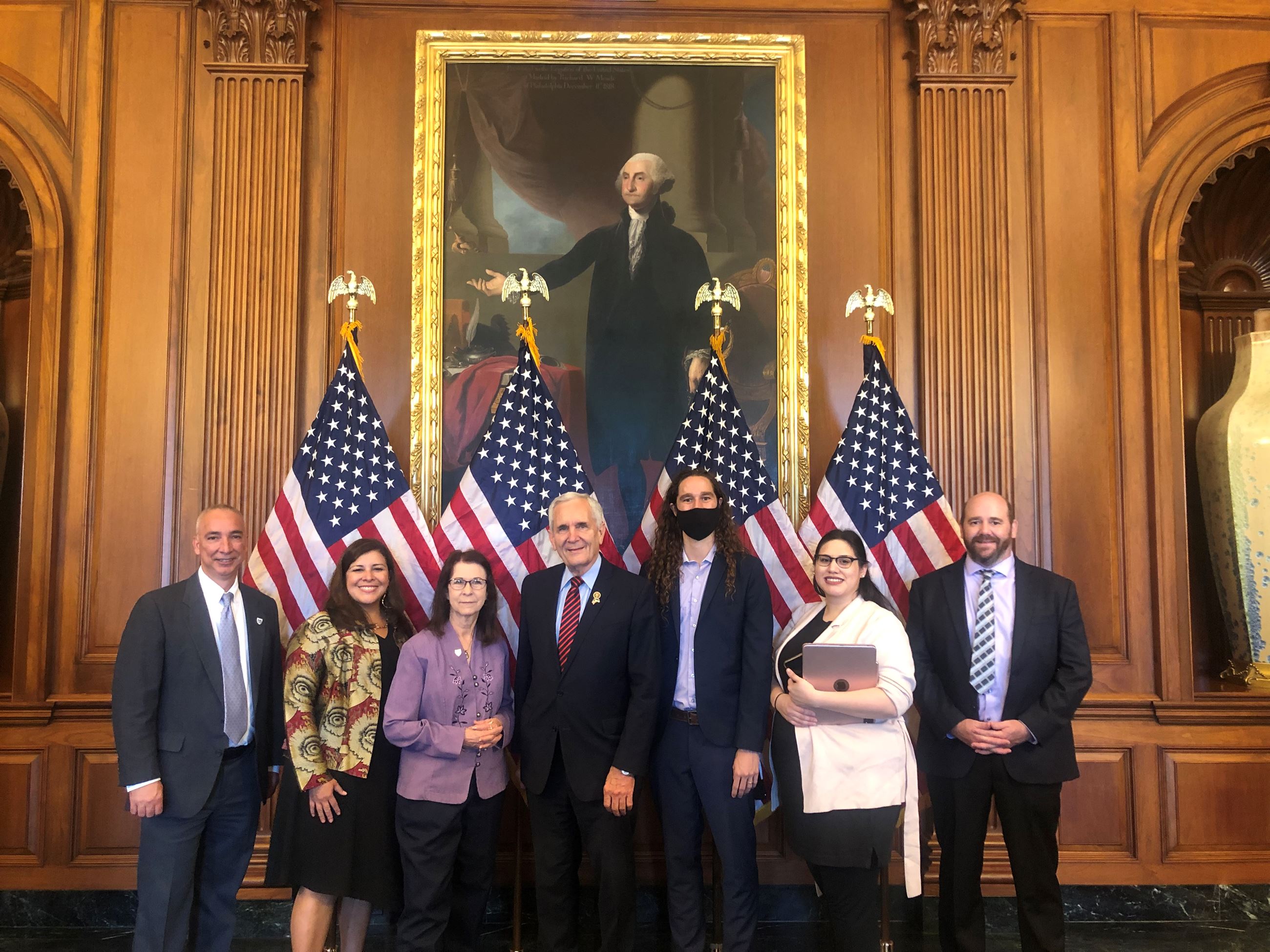 Tuesday, June 14, 2022, through Thursday, June 16, 2022, City Council members and members of City staff traveled to Washington, D.C., to discuss federal programs and funding sources available to support San Marcos residents and businesses as part of the City’s Intergovernmental Relations Program. The group also visited with elected representatives and federal agencies about the City’s most critical needs and top priorities, including meetings with Rep. Lloyd Doggett, Sen. John Cornyn, the U.S. Department of Transportation, and the U.S. Department of Housing and Urban Development. 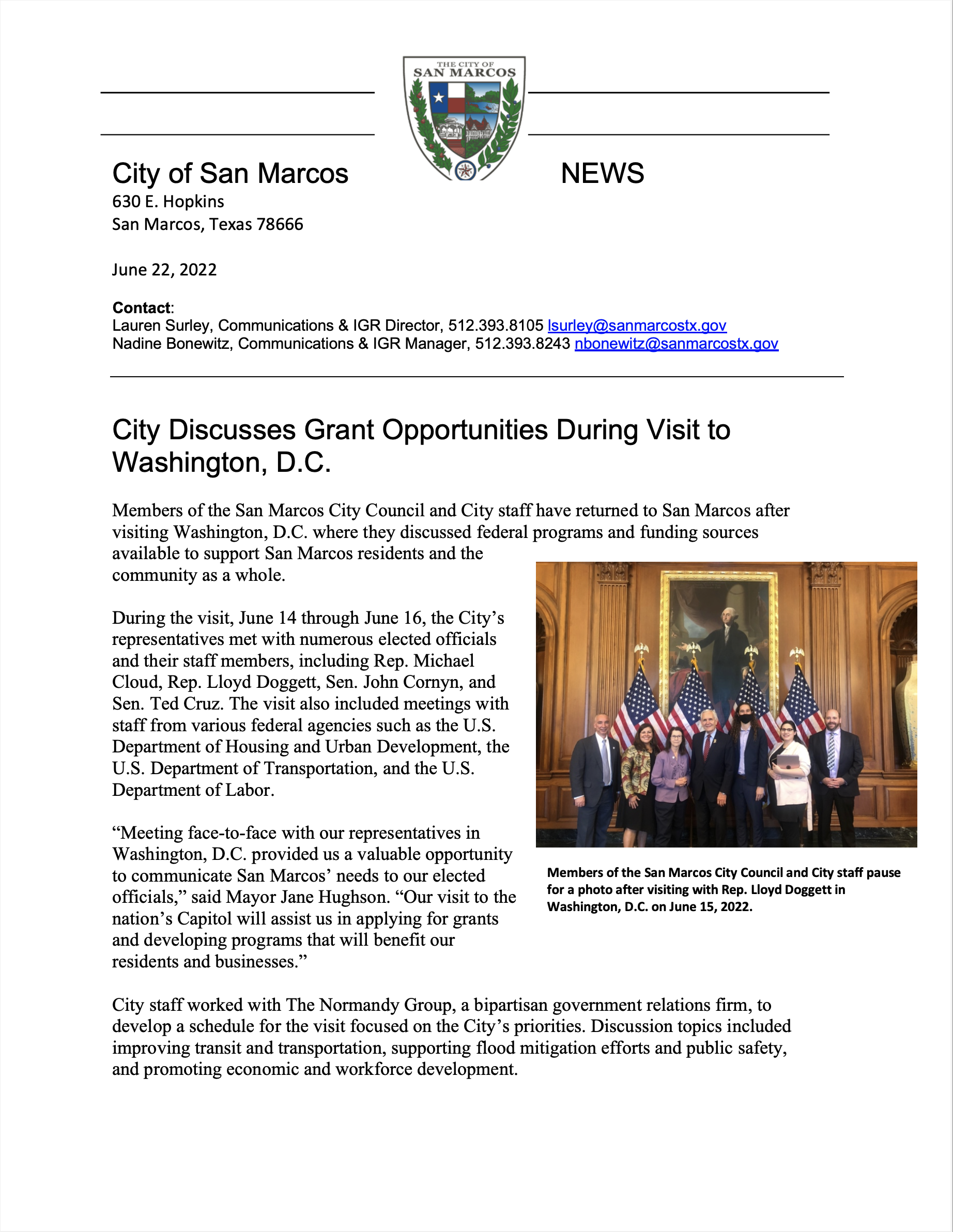 The City of San Marcos is preparing for the 88th Texas Legislative Session, which will begin in 2023. During the 87th Texas Legislature, City staff and Council members attended a series of webinars to monitor legislation, held meetings with elected officials, and submitted several letters to our state delegation advocating for and against policies on behalf of San Marcos residents and businesses. The City's efforts helped propel policies through the political process and played a pivotal role in adding beneficial amendments to proposed legislation.

After years of hard work, state lawmakers passed a resolution during the 87th Texas Legislative Session officially designating San Marcos as the Mermaid Capital of Texas. The resolution was brought forward by State Sen. Judith Zaffirini and state Rep. Erin Zwiener, and was signed by Governor Greg Abbott on May 24, 2021. The designation will remain in place until May 2031.

The resolution celebrates the cultural significance of the mermaid in the San Marcos community and our dedication to protecting and cherishing the San Marcos River. For more information and ways to celebrate, check out the Mermaid Capital of Texas page at visitsanmarcos.com.

Above left: Councilmember Alyssa Garza testifies to the Texas House of Representatives Culture, Recreation & Tourism Committee in support of  legislation to officially designate San Marcos as the Mermaid Capital of Texas. The resolution was signed by Governor Greg Abbott on May 24, 2021.

Above right: Governor Greg Abbott signed SCR 9 on May 24, 2021, designating San Marcos as the Mermaid Capital of Texas until May 2031.

Along with advocating for and against legislation proposed during the session, the City has worked alongside elected leaders to meet residents' needs resulting from the COVID-19 pandemic and weather events.

In April 2022, the City submitted a project to be considered for funding by the U.S. House of Representatives Appropriations Committee. If selected, the Emergency Management Communications Platforms Project would enhance critical infrastructure and support communication with residents during extreme weather or emergency situations. 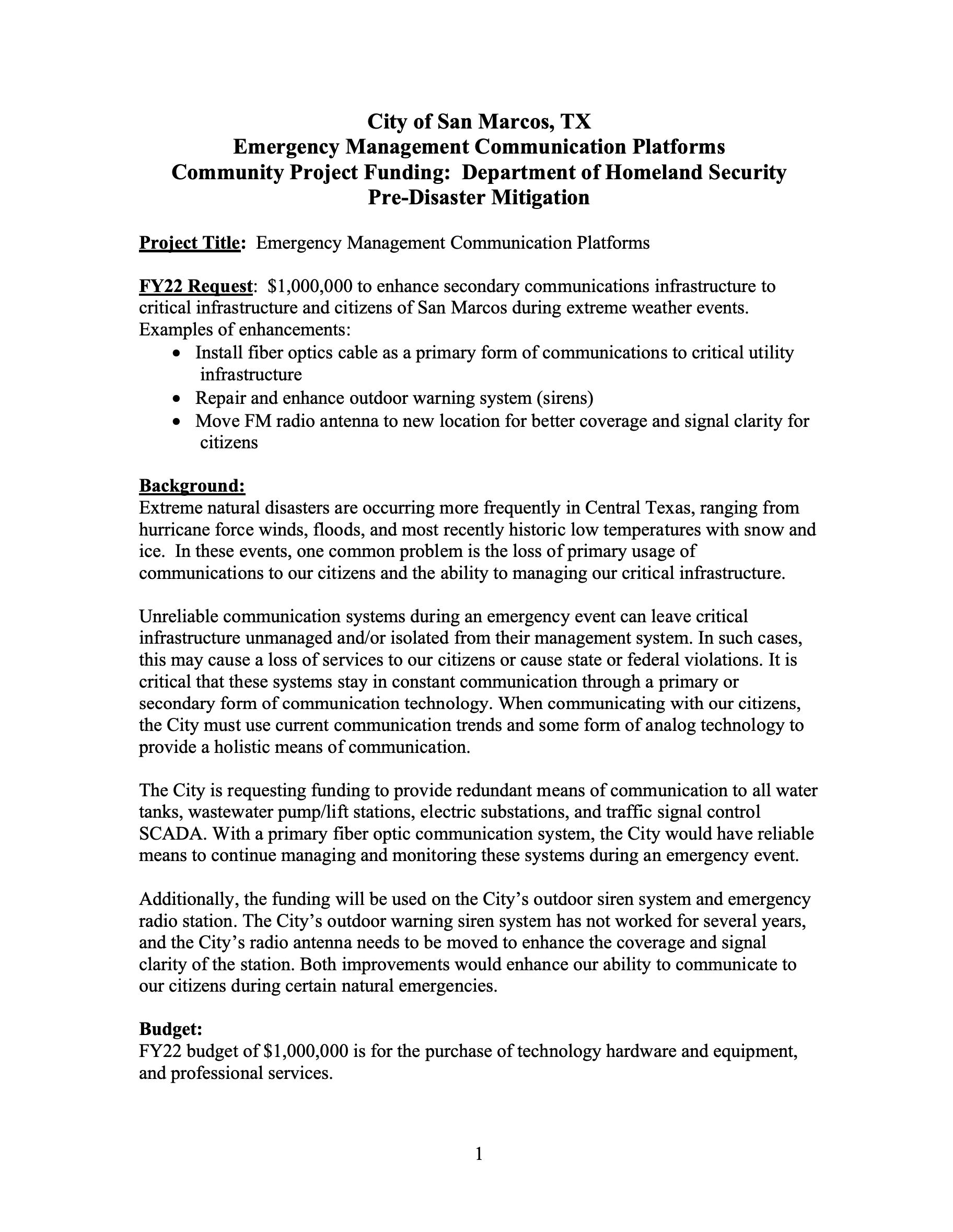 Thousands of bills are filed each session. In the 87th Texas Legislative Session alone, more than 5,000 bills have been introduced by lawmakers across the state, and many of those carry potential impacts for the City of San Marcos, its residents, and its businesses. The City's staff and elected officials lean on community advocate organizations like the Texas Municipal League (TML) and contracted firms to track each piece of legislation, understand its implications, and act in the best interest of the community.

Click here to visit TML's "Our Home, Our Decisions" website and learn more about community advocacy and why it's important for decisions that affect our residents to be made at the local level.