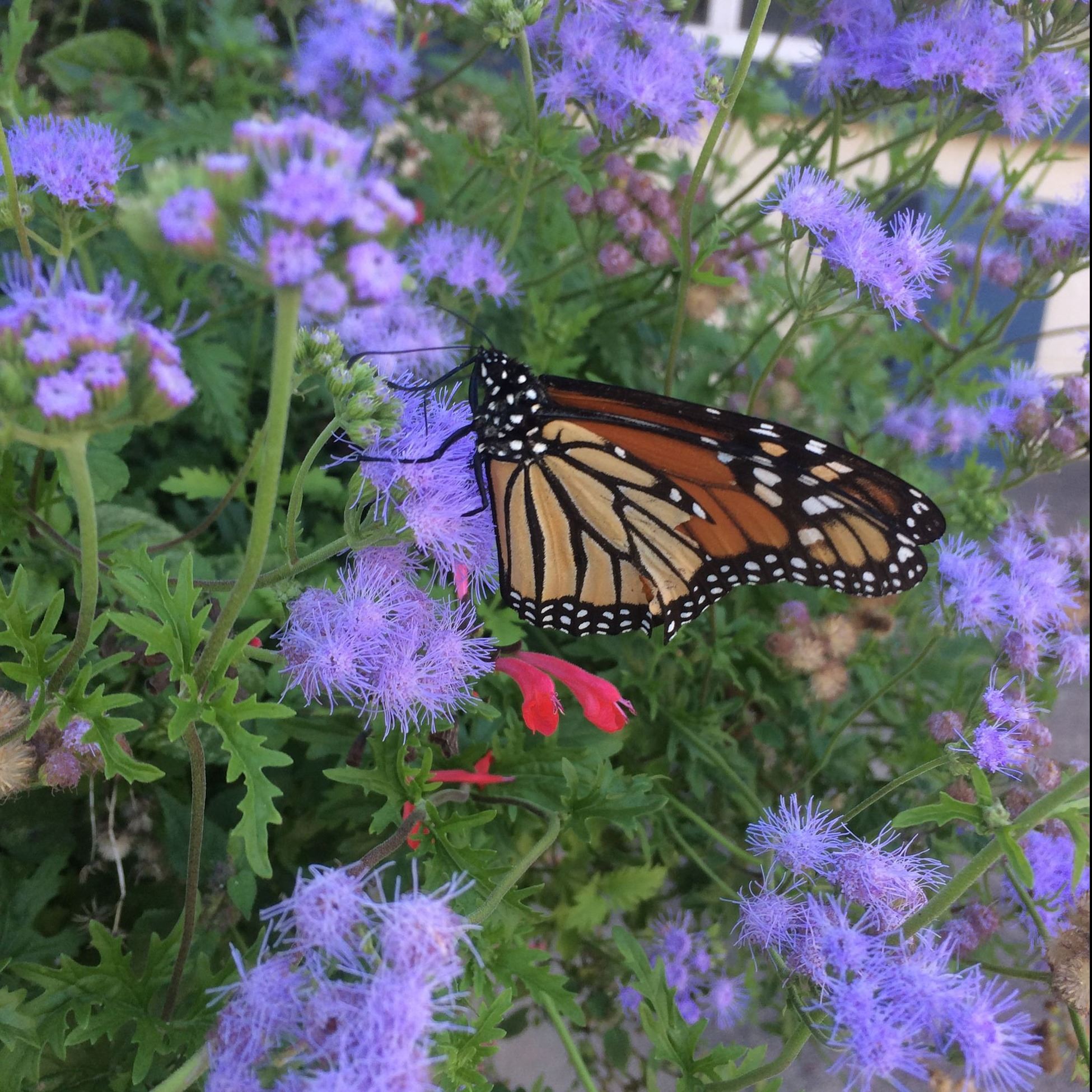 Monarch butterflies have been declining in numbers for the past twenty years, and because San Marcos is located on the I-35 corridor, our city is in the middle of the migration route for many species including monarch butterflies.That means our city has a direct impact on monarch populations as they move across the country each year.  As a city facility dedicated to conservation the Discovery Center has implemented several programs to enhance monarch habitat across San Marcos.

San Marcos is dedicated to earning the title of Monarch Champion City designated by the National Wildlife Federation (NWF). By accomplishing a set of pledges created by the NWF, San Marcos will be considered a Monarch Champion CIty, a title given to only a handful of cities across North America. To learn more about these pledges go to the Mayoral Monarch Pledge tab on the left.

“As monarch butterflies lose natural habitat as a result of development, they need substitute resources on their migration route. Monarchs fly across Texas every year, and the challenge is to make San Marcos a source of food and shelter as they make this journey to and from their wintering grounds in Mexico." - Melani Howard, Habitat Conservation Plan Manager for the City of San Marcos.